A legacy of light and love. In honor of Oscar who was diagnosed in 2018 with DIPG, a terminal pediatric brain cancer. 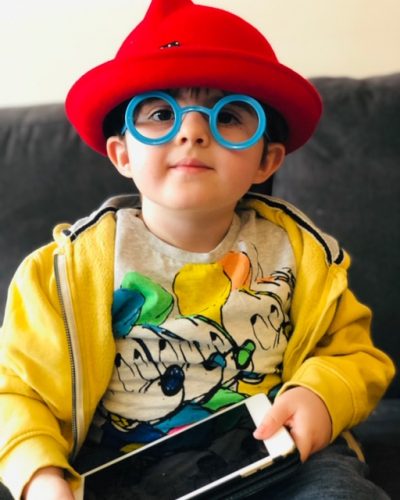 Oscar befriended Melissa on his cancer journey when Yav and Lar – seeking to provide their son with as much joy as humanly possible – reached out online from Ireland to ask for an autograph for their 4 year old son. That request sparked a lasting and meaningful friendship between the two families. After Oscar’s devastating passing from DIPG (a disease with no known cure), Melissa was so inspired by his life that she decided to start the charity named in his honor by joining forces with Oscar’s parents to create a transatlantic childhood cancer charity (Oscar’s Kids US & Oscar’s Kids Ireland). Oscar’s Kids will focus on funding vital worldwide research into pediatric cancers as well as offering comfort, joy and support to families on their cancer journey.

Oscar’s Kids US will proudly be donating all funds raised to support further research and discovery in the fight against DIPG. Oscar’s life was tragically cut short – but our mission at Oscar’s Kids is to ensure his beautiful impact on the world will endure and with it –  the promise of a brighter future for all families affected by childhood cancer.

Enter for the chance to win the brand-new Audi RS E-Tron GT and help the work of Oscar’s Kids!

END_OF_DOCUMENT_TOKEN_TO_BE_REPLACED

Learn about the other artists, athletes and influencers who trust EIF to expand their footprint in philanthropy and leverage their platforms for social good.